I felt some movement around me, and was only partially aware that there was a voice.
"I see there is a new member here today. Would you like to share?"
It took me a moment to realize she was talking to me.
I slowing came out of my thousand yard stare and began to rise.
"Hi, I'm Eric. And I'm a Pittsburgh Pirates Fan", I started in monotone.
"Hello, Eric" came the robotic reply from the rest of group.
"It's been three years since I last saw a post season.". I looked up to see some sympathetic nods around the circle.
"Last year we did break 500", I made a weak smile and straighten a bit, and then, remembering, I slumped. "But, the last few games were really rough on me."
I heard a snicker and then a loud, "What did you expect?!"
I felt the heat of anger rise up in me and turned to meet his eyes.
They were tired, sad and full of pain. My anger quickly faded, and I gave him a look of understanding.
He was the oldest here. One of the Originals. A founding member.
He had been present in the Good Ole' Days of the 70's when the Pirates book-ended the decade with World Series wins in '71 and '79.
He had also witnessed the lost generation, when the Pirates never got above 72 wins. Losing 100 games in 2001 and 105 in 2010.
I couldn't be angry, I understood. I was the new guy, he had suffered longer.

All eyes were on me now as I glanced around. Slowly I continued:
Monday night was tough, after the other guys hit that grand slam to go up 4 runs in the 10th, I was the only Pirate fan left in my section.
I was completely surrounded by the enemy in my own ball park. I felt abandoned by the team and my friends.
Then the Buccos made a strong comeback. Scoring 3 quick runs. I thought there was a chance we could pull off a late victory, only to lose by 1 with a man in scoring position.
I was back for more the next game. And we found ourselves down by one run again.
But this time we had the bases loaded with no outs!
Only it was the same outcome.

I have told myself over and over again that this is just a game and the team's win or loss does not personally affect me.|
And the sun has always risen the next day.
So for now on I will treat each day at the ballpark as a good day.

I'll celebrate the wins and lament the losses, always looking for the next opportunity to improve.

I will continue to shout Let's Go Bucs! even if I am the only one.

I will continue to suffer the slings and arrows of not only misfortune, but name calling and threats.
Not just from fans of other teams; but, surprisingly, from my own compatriots.

I am a season ticket holder, and will go to as many games as possible.
This continues to take up a good percentage of our recreation budget and incurs the cost of travel, parking, concessions and even tips.
And since I actually attend games, I am a "Sheeple", "Nutting Apologist/Lover", "Unrealistic" or simply "Part of the problem".

I will make observations and form opinions.
I am an engineer and consultant by trade, and that's what we do.
And because of that I "am Not a True Fan", "am Uninformed", "Don't Pay Attention" or, again, "Part of the problem".

To me, these seem to be logical things to do as a fan.
We should attend the games we can, watch whenever possible and support the players.
We should second guess (complete with the benefit of hindsight) when things go wrong:
'I would have played X in that spot, because of Y.'
We should congratulate ourselves when things go according to plan:
'He made the right move, because that is what I would have done.'

These can make us feel like we are part of the team, even though we have never taken the field.
Look at how often we say, We Won or We Lost.

What is annoying to me is when I hear, "Your Pirates Lost" from someone who has stated that this is their team.
That is something I need to work on, because I have, in all honesty, questioned their loyalty/fandom in my head.

There is a lot of baseball left, and in the coming weeks (and months) we will see great wins and heart-breaking losses.
Together we will ride this emotional roller-coaster, and all I ask is if you would consider the other Pirate Fan's expression/opinion as simply that, and not an affront against you or your personal assessment.

I will never engage in name calling, threats or ad-hominem attacks against anyone.
And I will endeavor to do better at treating fans (at all levels) as they would like to be treated.
I'll thank everyone for doing the same. 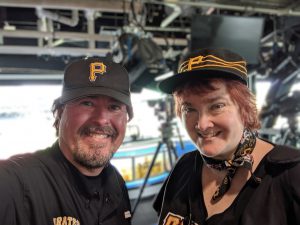 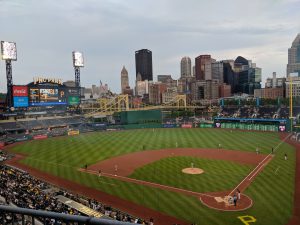